Yacolt was originally named Garner, named for the family who homesteaded 160 acres in 1887. In 1876, Joseph Eaton established the first post office to serve the Yacolt area out of his home near Rock Creek. The post office was officially established in 1895 with two locations, one named Garner and the other named Yacolt. Over time, the Yacolt name won out.

Yacolt translates to “valley of the demons” or “haunted place.” It was named for a Native American legend about several children camping in Yacolt, many years ago, who wondered away from camp never to be seen again. It was believed that evil spirits had taken them.

September 11-13, 1902, saw the largest fire in the state history sweep through Yacolt, Washington. The fire is now infamously known as the Yacolt Burn. At the time of the fires the town consisted of 15 buildings and was almost destroyed by the fire. However, a few short years later on July 31, 1908, Yacolt was officially incorporated. In 2008, the town celebrated its 100th anniversary. Yacolt is home to over 1,600+ residents.

Nestled in downtown Yacolt you will find this cute home with a fenced yard, new paint, new appliances, new light fixtures, and new flooring. Enjoy the large bonus room or...

Almost a half-acre of River-front property on East Fork of Lewis River! Amazing potential to build your getaway home. This raw land has a well on-site, power available fr...

Unlike anything else in SW WA,9 Ac must be experienced to understand the peace & beauty only nature can provide.Breathtaking forest garden is nationally recognized & know...

SELLER OFFERING 10k toward closing costs/BUY DOWN! Find yourself living amongst the trees in this highly customized 2level! Situated on a serene & private 5.6 acre lot w/...

The content relating to real estate for sale on this site comes in part from the IDX program of the RMLS of Portland, Oregon. Real Estate listings held by brokerage firms other than this firm are marked with the RMLS logo, and detailed information about these properties include the name of the listing's broker. Listing content is copyright © 2022 RMLS of Portland, Oregon. All information provided is deemed reliable but is not guaranteed and should be independently verified. This content last updated on . Some properties which appear for sale on this web site may subsequently have sold or may no longer be available.
Like or Share
Loading likes... 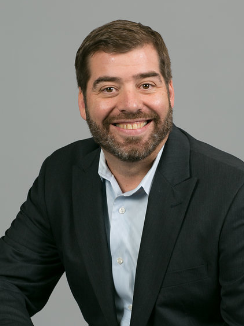 Reviews on Zillow
2916807
"Marcus worked with us - without fail demonstrating graciousness and patience - until we found the location, builder, and house right for us that met ... more "